The main message of George Orwell's book the "Animal Farm" is that we citizens, should always question the goverment's decisions and be aware of what it is doing, because the people in the government are often full of greed and they are corrupt and selfish and don't care about the well-being of the citizens.
People should not only sit back and accept everything the goverment throws at them.
They should stand up for their rights and needs, even if it seems very difficult to change anything.

Also they should be aware of history, because it often repeats itself, as we can see in "Animal Farm", after the revolution: all the animals were so happy, but as time passed, it was getting worse and worse under the regime of the pigs.
In the end, the situation was just as terrible as in the old days when Mr. Jones was in charge.
But most of the animals unfortunately have forgotten how it was back then, so they couldn't compare their actual situation to their previous one and accepted it without doing anything against it.
This is why we should always be aware of our history. 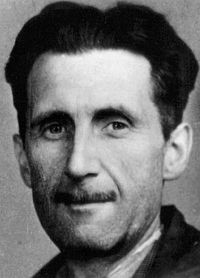